[Act 5]
The boss in charge of development speaks
Where will Monolith Soft go "from here"?

In addition to his work as company chief, Sugiura-san serves as executive producer for the game. Where is he going to take the company from here? Here, we will mainly be speaking about the strategic aspects and the company's aims for the future.


By founding a new organization, we made an environment where younger hands could flourish

Interviewer: It's been nearly 6 years since Monolith Soft was founded. Would you mind looking back a little and telling us about your feelings as "Xenosaga" unfolded?

Sugiura: It really all began with "Xenosaga". But now we're no longer a company just dedicated to that. One of our aims is to "encourage younger hands", and by hiring younger people for key positions, I think we're now able to make innovative games. On "Baten Kaitos"(Gamecube/Publisher: Namco), by making a line of development separate from "Xenosaga", the personalities, hobbies and preferences of the staff came out in the game. Also, as our number of positions grew, we were able to assign young people to those too. In my opinion, if you don't do it like that and get some new blood in, you'll just end up making the same thing forever, based on the already formed values of the veterans.

Interviewer: When you're promoting the new game, I suppose "Episode I" is a big influence? 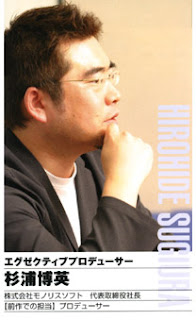 Sugiura: It's been three years since we started developing "Episode I". I think the company's also changed a lot since those days. During the Playstation era, times were good in the gaming industry as well as in the rest of society, so it was easy to cover the costs even if there were delays in development. But these days, even if you're a leader in the field, there's a keen awareness of what one month's delay in development would cost. In my opinion, this trend might lead to a broadening of the gaming industry.
On the other hand, those who don't have that kind of awareness might end up not having a place anymore...But if you focus too much on the cost side of things, there's a chance you could end up diminishing your creativity. We don't want to risk a drastic reduction in quality by thinking too much about budgets and costs. Finding that balance is [what I find] the most difficult, but on that point, I think we're managing to do that properly.

Interviewer: These days, if you can't bring all that together and work together as a team, it must be hard to get any work done as a company.

Sugiura: If there's any dissatisfaction in the workplace, it goes to me straight away. I often yell at people in the workplace personally. (Laughs) We communicate well, but with a company of more than 100 people, "noise" can easily become a problem. But when things get tough, I'm also quick to tell people to "don't worry and just say it". If you don't have a climate like that, discontent will pile up and eventually take root. Taking into account the feelings of the developers along with our management and industrial responsibilities as a Namco Group company... Balancing that is extremely difficult.


Keeping the current style of doing things until the next game
After that, will there be a new development...?

Interviewer: I'd like to ask you about future series developments.

Sugiura: "Episode 3" has already entered the pre-production stage, and our plan is to end the current story of Shion, KOS-MOS and the others there. But we plan to make supplements to the main story in various media, in the same vein as "Xenosaga Freaks"' "Xeno komi" and the Vodafone V app "Xenosaga Pied Piper". We have an obligation towards all those fans who liked these games, so while we'll be elaborating on the grand world vision and resolving a lot of mysteries, we apologize for ending with "Episode III". No matter what form it ends up taking, I'd like to keep following the world of "Xenosaga" as much as I can.

Interviewer: Will you be able to make every game related to "Xenosaga" at Monolith Soft? 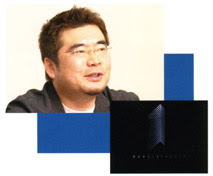 Sugiura: We won't limit it to just us. For example, if you're making cell phone games, there are [particular] development technologies and cost management rules for that field, and... Of course, Takahashi and the staff will be overseeing the world vision and story planning closely.

Interviewer: In "Episode II", the character graphics in particular went through big changes. What kind of big changes will there be in "Episode III"?

Sugiura: Regarding graphical changes, first of all, even though the scenes have become extremely live action-like as requested by the designers and users, there were some doubts to the tune that deformed characters would be better. Honestly, we also had opinions from the designers saying that "with smaller-headed characters, no matter how much effort we put into them, they'll end up looking like figures. We're afraid we won't be able to surpass other photo-realistic games."

Another point is the North American market. These days it's a big market compared to Japan, so it's definitely necessary [for us to capture it]. Like our Japanese users, they love "Xenosaga" too, so I'm thinking we should definitely do our part for them on the developer side too. That will probably become much more prominent in the future. Of course we're going to continue considering the needs of our fans who like the way we're doing things, but we also pursued other possibilities. Apart from that, we don't plan on changing any of the basics at least until "Episode III".

To be honest, I feel this style [of making games] is old already even for this game, but since it's part of an ongoing series, I don't want to change too much. I don't know what kind of gameplay the next generation of machines will be capable of, but in my opinion we should think about making something new again for those.

Interviewer: In what way would you like users to keep their eyes on the future "Xenosaga" games and Monolith Soft?

Sugiura: For them, in the situation of being North American fans of consumer games as a form of home entertainment of Japanese origin, it has to get rather lonely. We apologize for making the Japanese users lose interest in games. However, I still want to create entertainment and games. That's my goal. Regarding the "Xenosaga" series, in five or ten years, I'd like to revisit this world if I have the chance. Speaking of that, if people would regard it as a masterpiece...

With our current plans, it ends for the time being with "Episode III", but that doesn't mean the end of the "Xenosaga" series, and in addition to the fans we have now, it'd be good if we could get new types of fans. I would be happy if we could have people of all generations love it.

Interviewer: Once and for all, what is the release date?

Sugiura: When we can make all the fans wait as short a time as possible. 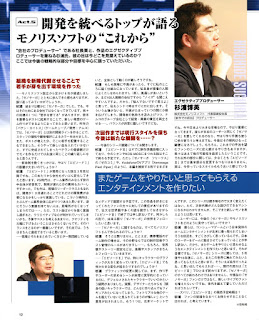