The Play's interview with Monolithsoft (1999)

*[As far as I can see, this refers to a magazine called "The Playstation", usually shortened to "The Play", that was published from 1994 to 2005. There's a page about it on Japanese Wikipedia, but unfortunately it doesn't have an English version.] 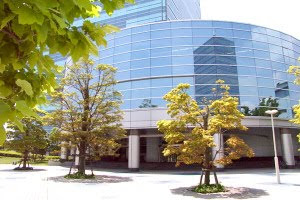 After annoucing the founding of the company on October 1 1999, there hasn't been much detailed information from Monolith Soft. We're going to do something about that this time by subjecting them to a hard-hitting interview on behalf of our readers. Is their much-hyped new game really the sequel to you-know-what? [Lit.: To that game?]
We'll bring you the stories of key personel, focusing on company president Mr. Sugiura.

Namco provided the best environment for the creators

Interviewer: Could you begin by telling us the story of how the company got started?

Sugiura: I always thought Takahashi made the most interesting games at Square, so when [I heard] he had trouble getting to make new ones, I wondered what to do and got talking to him, and it started from there. That was around October of the year before last. Even though his games had a lot of support from the users, he wasn't in a position to make any more. It was painful seeing that right next door from me. So he decided to try searching for a more comfortable environment where he could make games somewhere else. We struggled with the problem of how many people we'd be able to bring together, but [some of] the best staff approved. With so many people supporting Takahashi, we
knew we'd be all right.

Interviewer: As a new company in that position, what were your reasons for choosing Namco?

Sugiura: It was due to the [favourable] conditions. Their brand strength, their sales strength, their marketing strength, and how they told us what kind of position they had in mind for our company. Other publishers [lit.: Makers] were talking about "The independent company form", but only Namco sent an executive [to talk to us] about being a subsidiary company, included [our] management, and gave us full backup all the way. That gave us the peace of mind to focus on development. The creators wanted to know who could provide us with the most time, money and personel, and Namco gave the most ideal answer to that question.

[They] wanted to build a dynamic, open organization

Interviewer: So, we wanted to ask you, director Takahashi, who should be familiar to our readers by now: What is the basic plan of action from here on?

Takahashi: I just want to make some kind of games. [A bit unsure about the nuances of this sentence, sorry]
I'm not too concerned with genres or other specifics. We might even make an online game...
Organizationally, in the near future I want to [focus on] building goodwill inside the company.

Interviewer: What do you mean by "goodwill"?

Takahashi: For example, large companies are often dominated by senior staff, so it's hard for younger talent to create their own projects. It doesn't matter how much talent they have if they don't have any political clout. Since I don't want to have that kind of organizational structure here, it should hopefully be easier for younger people to rise rapidly within the ranks.

Interviewer: Have there been any big changes for you in moving here, including on a personal level?

Sugiura: Yokohama is cleaner than Tokyo, so it's easy to enjoy myself [lit.: play] here, and there's also lots of delicious food around here.

Honne: For me, that fact that there isn't anywhere to drink near the office is a bit... (Laughs)

Sugiura: But I think we have much less stress now.

Takahashi: That means we can just focus on making our games, which is great. There's no one trying to decide how we should do things in regard to our environment or personal relationships from the outside.

Interviewer: It seems like you're more refreshed and rested compared to before, so has that given you the chance to read any books or see any movies that might influence your games?

Takahashi: When I see something interesting, it does give me motivation. But I'd like to take some influence from it too. It'd be good if it could give some motivation to the [other] game developers.

Interviewer: When you're imagining a game [lit.: Making an image of a work], what are the things you keep in mind?

Takahashi: When I'm making a game, I'm the type to make a collage of all manner of things. Even if I'm reading a book, I'll write down a line I find interesting, and I take notes of all kinds of things like that for later. That goes for [when I'm watching] movies too.

When games change publishers [lit.: makers] in the same way as movies do, the developers still want to choose

Interviewer: You haven't announced anything other than the fact that your first game will be an RPG on the PS2, so we're wondering if it's a sequel to you-know-what.

Takahashi: For my own sake, I'd like to reset my world and rebuild it from scratch. However, all those who kindly supported our previous games can rest assured that we're definitely not going to betray them.

Interviewer: I think [some] users are just hoping for a "Takahashi game" regardless of publisher [lit.: maker], but when you consider a broader group of users, do you think a lot of them'll go into your future games with preconceptions based on you being "ex-Square"?

Sugiura: No matter what distributor a movie director works for, the contents of his work doesn't change. If people would feel the same way about games, like you're talking about, and consider who's behind the work [instead], we'd be grateful.

Interviewer: Developing for the PS2 is really tough, isn't it?

Takahashi: While we were trying to find out what kind of budget we'd need, we had to make a lot of adjustments, such as "Let's cut this explosion here" or "Let's tighten up things a little here". So it was kind of like making a real movie.

Interviewer: What's some good things about working with the PS2? [Lit.: [what are] the PS2's charming aspects?]

Honne: CG-wise, I think there's a lot of ways to present them, and we can make things in higher quality. So we have some problems with how we should mass-produce individual parts of the game. [A little unsure about that sentence, sorry]

Takahashi: I think it's a good thing when you have to limit [your] scenes. It's probably gotten easier to make adventure games, I'd say. On the other hand, if you're going to take advantage of all these [new] features for an RPG, you need a 200-man-strong organization! Since we're reducing the scale of the story to avoid that, the game will be harder to make. It's important to [for us] to learn the limits of our abilities and do the best we can within those limits.

Interviewer: Even if the scope of the story is reduced, it looks like there's a lot of hardcore players among fans of your work. "Xenogears" takes about 50 hours to play through, but there's people who've played it for 100 hours [Or possibly "hundreds of hours"]. People who play it more than 20 times and memorize all the dialogue, or play through the game and record it all on video [and so on].

Takahashi: I've been making some plans for a service mode for such fans. I can't go into specifics yet, though.

Interviewer: I have a strong impression that Xenogears - while having a tight and structured storyline - is also a piece with enough leeway for allowing users to make up for spaces by their own side stories and being able to immerse themselves therein increasingly. Wasn't this tendency strong particularly among female fans?

Takahashi: We had experts among our draft staff for story and characters, you see. Besides, women do indeed particularly care about the mental side of the characters, so creating games that please women is rather easy for me. In respect to structuring the story and character creation, that is. On the other hand men tend to get caught on the so-called appearance rather than the mental side when it comes to putting emphasis on the character. That's why I have a hard time coming up with a story then. Sure, you could just accommodate them by throwing in a couple of girls with almost no self-assertiveness, as it is often called. But then again, in terms of the world view – which is essential – it unfortunately becomes extremely difficult. Anyway, with my next piece of work I would like to create something that men will be satisfied with, too.

Interviewer: Finally, do you have any message for our readers?

Interviewer: Company president Sugiura and Honne-san, is there anything you'd like to tell Takahashi [lit.: the director]?

Sugiura: Not to worry about anything.

Takahashi: Takahashi: (Whispering) I'll be doing that early in the morning, so... 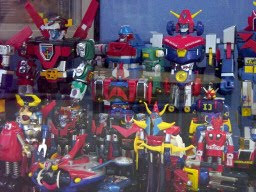 (Interviewer/"Kumakuma group" [Not sure what this is, sorry]: Tsubasa Iwakata) [I think, name kanji are notoriously tricky] In collaboration with: The Playstation Weekly